According to figures from the Fairtrade Foundation, sales of fairtrade goods and services in the UK continued to grow in 2009 despite the economic downturn, exceeding £799m at retail, which was 12% up on 2008.

While this is great news, it needs to be viewed in the context of increased hardship for many in the developing world. According to UN figures, the global economic turndown has forced somewhere between 50 million and 90 million more people into extreme poverty in 2009.
Big name brands are increasingly throwing their weight behind the fair trade movement and today over 4,500 retail and catering products have been licensed to carry the FAIRTRADE Mark, and independent consumer label that appears on products as a guarantee that disadvantaged producers are getting a better deal. 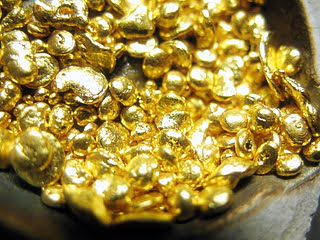 Unfortunately, at present there are no precious metals, diamonds or other gemstones that carry the FAIRTRADE Mark, but progress is being made in this area.

Ingle & Rhode sources fair trade gold from Oro Verde™ in Colombia which is participating in a pilot project with the FLO to establishing this certification of fairtrade gold.

We are confident that Oro Verde™ will be given the FAIRTRADE Mark in due course and proud to be supporting them on their pioneering journey to achieving this.