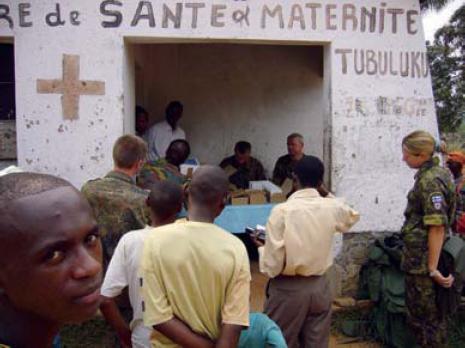 The recent decision to allow Zimbabwe to resume diamond exports has once more pushed the issue of conflict diamonds to the forefront of the ethical sourcing debate in the jewellery industry.

However, while the industry attempts to tackle the magnitude of the problem surrounding the failure of the Kimberley Process, there is a danger that very significant problems that plague many gold mining communities will fail to receive the attention that they also require.

The high value of gold means it has fuelled conflict, human rights abuses and environmental degradation in gold mining communities across the world and in particular, the Eastern provinces of the Democratic Republic of Congo (DRC). Gold is one of several commonly used minerals that have helped fuel the ongoing violence in the DRC. Communities in the eastern provinces of the DRC have been subjected to rape, mutilation and massacres at the hands of militias funded by mineral mining.

In order to help tackle the problem of conflict minerals in the DRC, the United States government added a provision to the Dodd-Frank Act, which forced companies to publicly disclose whether they had used minerals from the DRC and its neighbouring countries. Since doing so, militias have seen their control over mines producing tin, tungsten and tantalum – minerals used in electronic products – decrease significantly. Despite the success of the act in boosting legitimate mining in the DRC, a United Nations report has found that gold continues to fund militia groups in the region. The same UN report by the UN Group of Experts on the Congo recommended efforts to promote ‘due diligence in the gold sector’ as ‘important international markets still pay too little attention to where their product is coming from.’

The case of the DRC shows that conflict gold remains a significant concern for jewellers and consumers. At Ingle & Rhode, we only use 100% post consumer recycled gold or platinum and Fairtrade and Fairmined gold. By taking an extra step to trace our gold, we avoid contributing to the serious problems involved with gold mining. Our commitment to using Fairtrade and Fairmined gold underlines our belief that gold can be a positive force for development rather than a cursed resource that benefits the few and causes misery for many in gold mining communities.