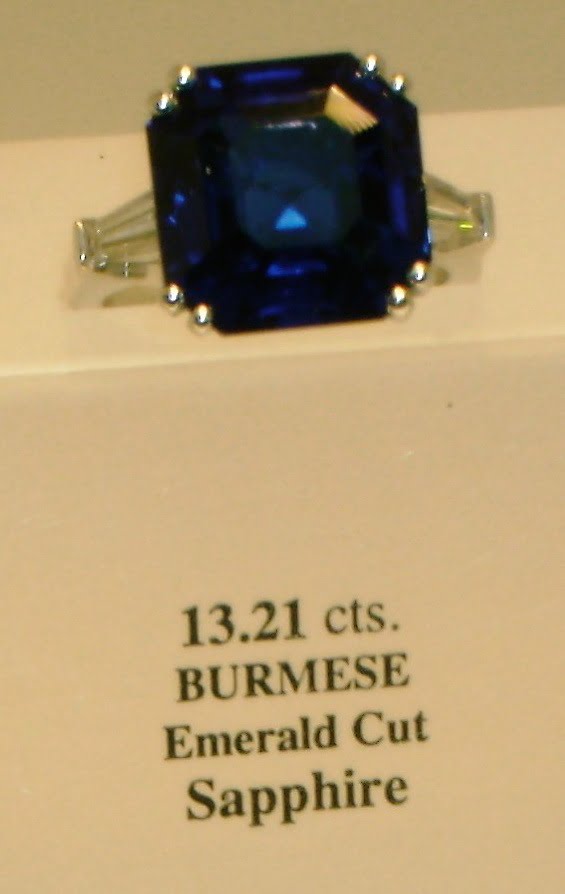 At a time when Burma’s brutal military dictatorship is ruthlessly crushing pro-democracy protests, you wouldn’t expect British businesses to be boasting about their links with this regime.

Amazingly though, a number of jewellers are doing just this.

This sapphire was photographed in London last week, in the window of one of Bond Street’s most exclusive stores.

Burmese sapphires and rubies are of the very highest quality, but unfortunately the military junta profits directly from sales of these gems. They control the licensing of all mining operations, run the gem auctions, and have majority shares in every mine in the country.

While Burma’s generals have made an estimated £400 million from the gem industry, mine bosses get their workers addicted to drugs in order to exploit them in slave-like conditions.

According to eye witness accounts, methamphetamine is mixed with drinking water to increase productivity, and heroin is given to miners at the end of the working day as a ‘reward’. As a consequence of needles being shared, AIDS is spreading rapidly amongst the miners.

Debbie Stothard of the Alternative ASEAN Network on Burma was recently quoted in the Scotsman newspaper saying: “Young people go off to the mines with big hopes and dreams, and they come back to die.”

America has banned all imports from Burma, but the British government merely ‘discourages’ trade with the junta. So Burmese gems still find their way onto the UK market.

What can be done about this? Firstly, we advise people to demand to know where and how their jeweller has sourced their gemstones. Do not be fobbed off with vague reassurances about ‘reputable dealers’ and ‘Kimberley Process Certificates’ (in the case of diamonds). If a jeweller is serious about offering a genuinely ethical product, they should be able to tell you exactly which mine their gemstones came from, and how the workers there were treated. If you meet with evasion, go elsewhere.