Everyone is familiar with wedding staples like tossing the bouquet and the cutting of the cake, but what about traditions from other countries and cultures? Do they wear a veil, exchange rings and carry a bouquet down the aisle? Tying the knot is a pretty universal concept, but how we celebrate it is widely varied. Did you know that in Germany the couple cuts a log during the ceremony?

A number of cultures have adopted the traditional Western custom of the white wedding, in which a bride wears a white dress and veil. The white wedding dress dates all the way back to the Victorian era, when Queen Victoria chose white satin silk for her wedding. However cultures around the world have tied the knot on a variety of vibrant colours.

Of course wedding traditions vary greatly depending on culture and religion, but we’ve rounded up some of the best ones and the significance behind them – some of them truly enchanting, and some quite bizarre.

CHINA
Five thousand miles away in China, there is no white dress in sight! Brides wear red to begin their new union with good fortune, love and happiness. White symbolises death and mourning and is traditionally used in funerals and sad occasions, whereas red symbolises luck, love and prosperity. A traditional Chinese wedding features a full procession, with the bride escorted to the ceremony in a bridal sedan. According to tradition, the bride wears a red veil to hide her face, and her mother or attendant holds a red umbrella over the bride’s head to encourage fertility and grow her own family. 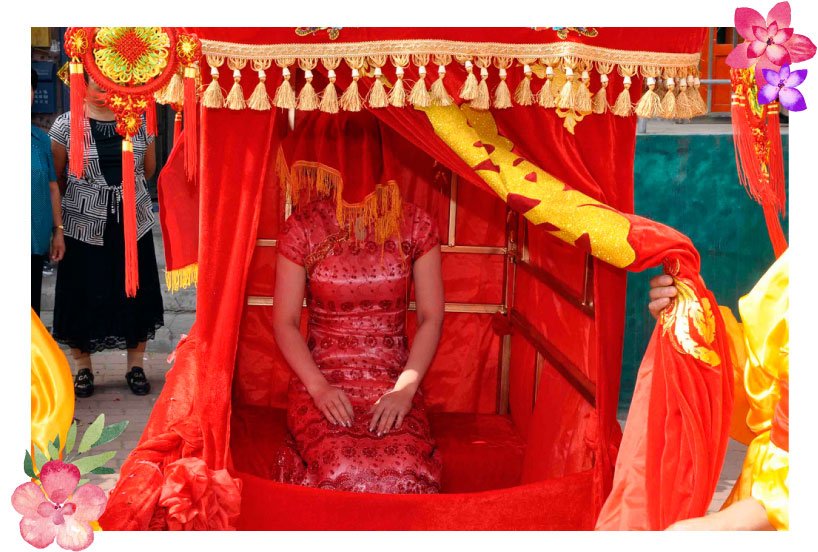 Credit : Photo by Kanegen / CC BY 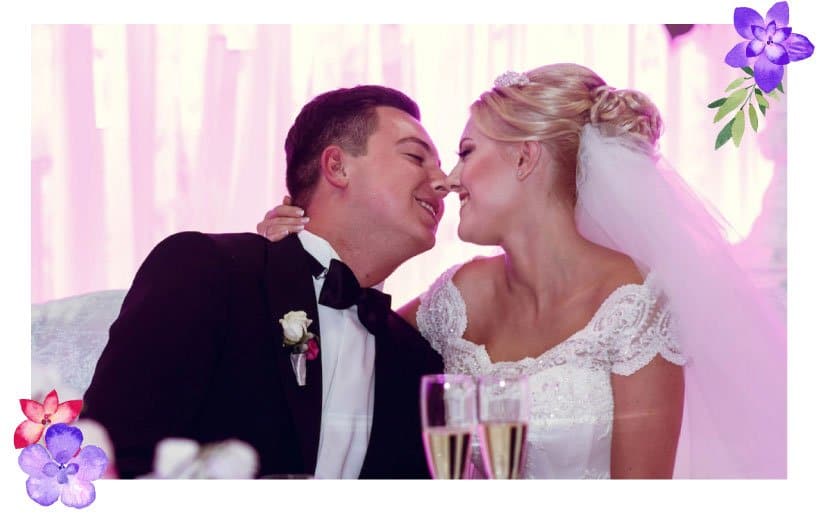 BALI
Wedding dress shopping plays a major part in the wedding planning procedure in western cultures – but not in Bali. The wedding costume isn’t chosen by the bride and groom, but it is already chosen according to the caste of the family. The typical wedding costume is a brightly coloured songket to represent happiness and celebration. The luxurious songket also shows how wealthy the family is and how high the level of the caste is. The bride and groom also wear crowns with golden decorations. The higher the crown, the higher the caste of the family is. A number of symbolic activities are performed throughout the ceremony, such as when the groom plunges a dagger into a small piece of pandanus mat held by the bride to signify that she is ready to settle down. 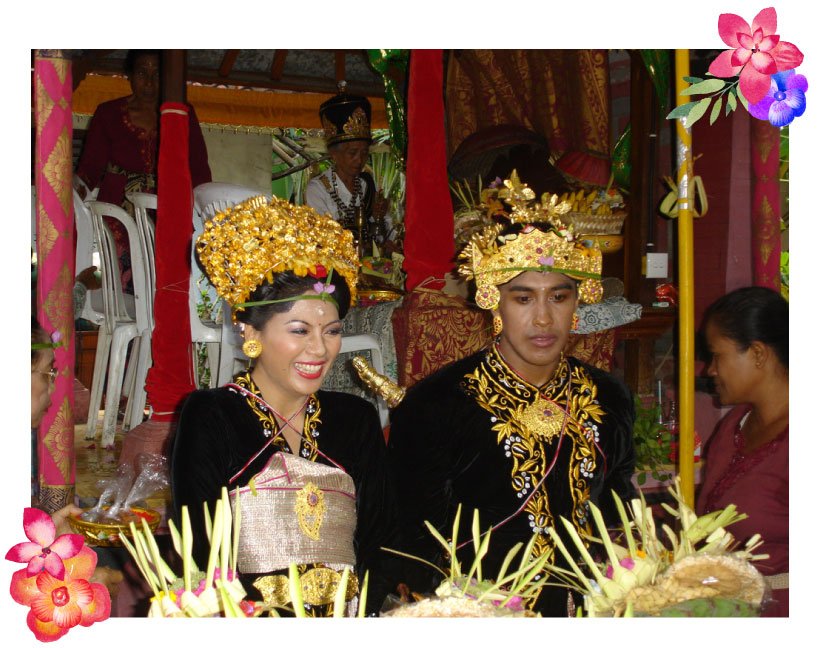 RUSSIA
Doves and ransoms are part of traditional Russian weddings. Instead of meeting in the wedding venue, the groom arrives at the bride’s home and must pay a ransom for the bride. Historically the groom would have been stopped on the way to the bride’s house and asked for money by her relatives. However nowadays the ransom for the bride has a more romantic and light-hearted side. The bride’s family set riddles and tasks for the groom to undertake, such as composing poems or uncovering a decoy bride. He may need to pay a little money or give gifts in the process, but in the end he will always win his bride back! After the ceremony comes the dove release. The newlyweds will both release a white dove into the sky to symbolise the purity of their love. 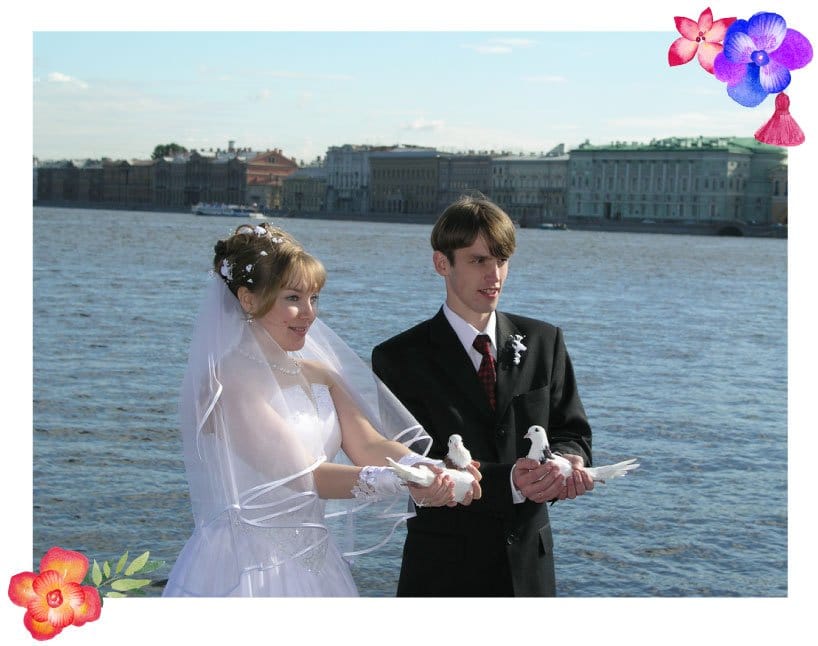 Credit: Photo by llee_wu / CC BY

JAPAN
Shinto is the ethnic religion in Japan with a huge impact on the country’s culture and traditionally, religious wedding ceremonies are held in Shinto style at a shrine. The bride wears two outfits throughout the day. The shiro, which is a white kimono, is usually worn for the ceremony and the uchikake kimono which is a patterned brocade is worn at the reception. You’ll often find the bride wearing a white silk hood as well. This silk headdress is called a wataboshi and is one of the oldest Japanese wedding traditions, with the hood representing humility and modesty. The Japanese ritual of “san-san-kudo” is probably one of the most interesting Japanese wedding traditions. It is performed by the bride and groom and both sets of parents. Each person takes 3 sips of sake from 3 cups. The first 3 represent three couples, the bride and groom, and their parents. The second 3 represent three human flaws, which are hatred, passion, and ignorance. “Ku”, or 9 is a lucky number in Japanese culture. And “do” means deliverance from the three flaws. 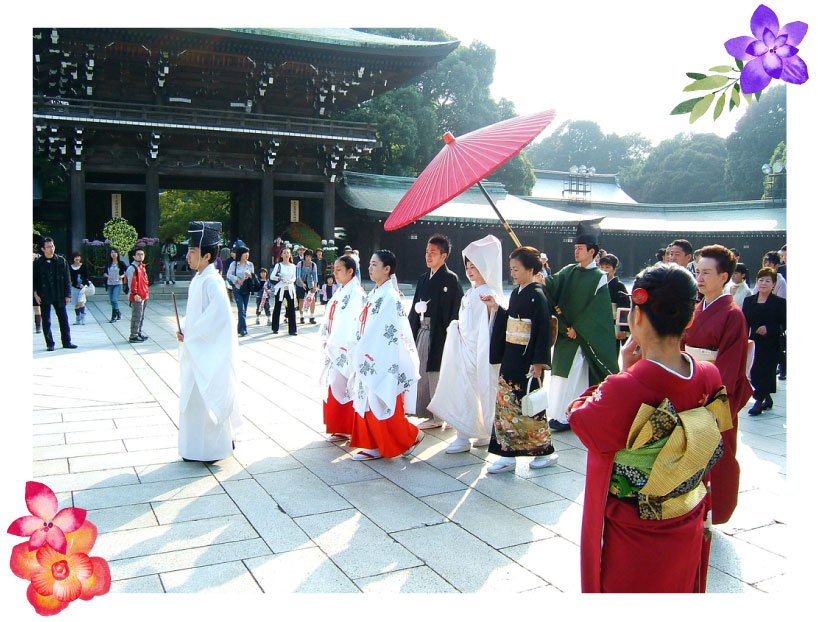 Credit: Photo by LHOON / CC BY

INDIA
Indian weddings, otherwise known as ‘Vivaah’, are best known for their traditions, grace, colors and almost carnival style celebrations. Brides and other female attendees are often dyed with intricate henna designs to represent the joy, hope, and love of the occasion. In Indian weddings, instead of exchanging rings, a mangala sutra is tied around the bride’s neck. The mangala sutra is a cord with two gold pendants and is tied in three knots by the groom to symbolise the bonding of two souls for 100 years, and it’s this necklace lets others know that the bride is married. There are a lot of fun traditions surrounding Indian weddings. One particularly interesting one involves the groom’s shoes. In a traditional Indian wedding, the bride’s sisters play a trick on the groom by stealing his shoes once he enters the wedding tent. The groom must bribe the sisters to return his shoes before he exits. 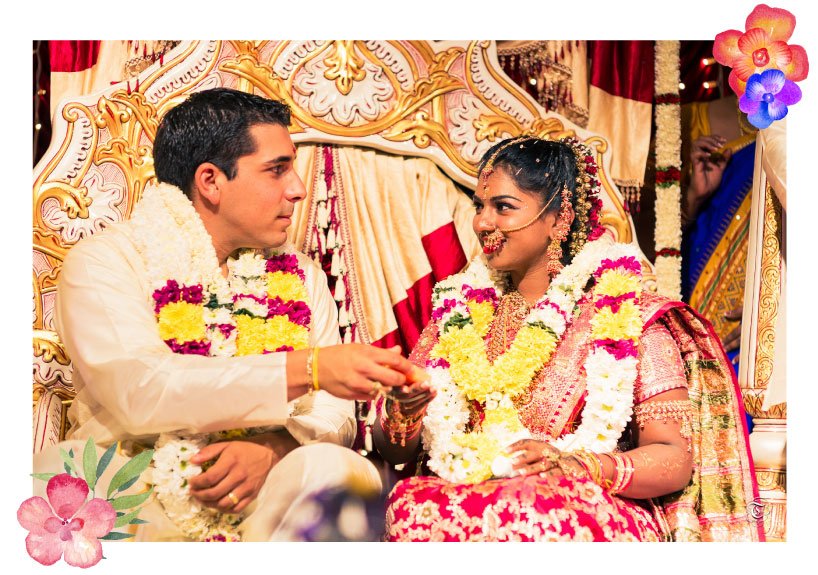 GERMANY
There are many diverse traditions which are played out across many different regions within Germany. In Bavaria there is a custom where, upon leaving the chapel, the couple is led to a sawhorse where a log is resting. Their first official act as a married couple is to work together to saw the log in half. The act is intended to showcase the bride and groom’s ability to work together and face the obstacles that may come throughout their marriage. 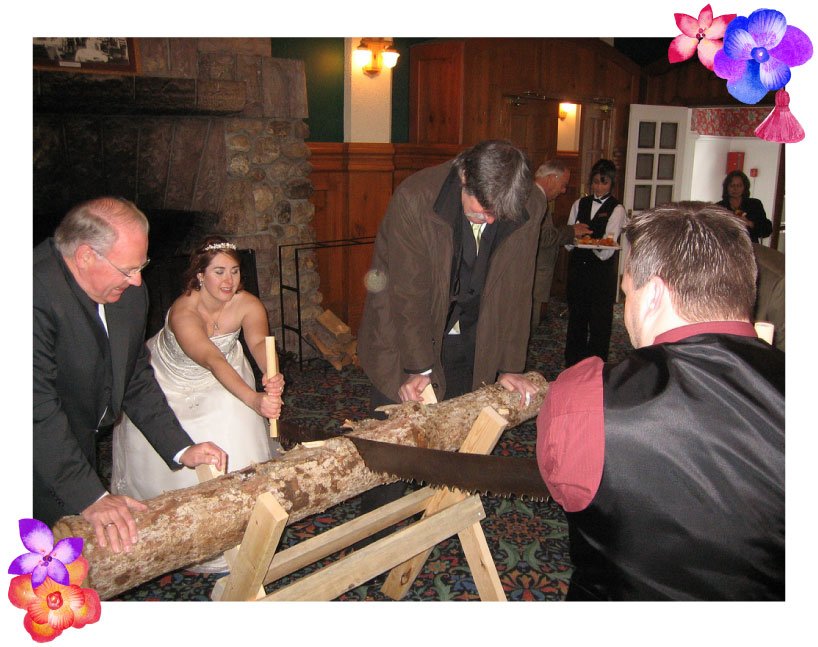